The focus of the conference was to enable an excellent understanding of CI, learn from practices of large and successful companies that have implemented CI processes in different industries, provide an opportunity to network with the best-in-group Tata leaders and external experts and understand and implement CI Processes as a group-wide initiative. 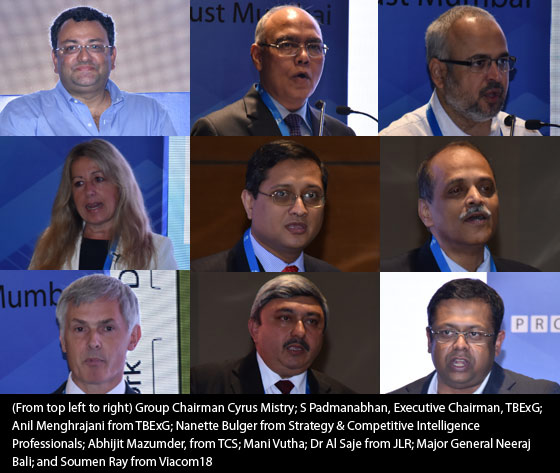 The conference started with a short introduction by S Padmanabhan, Executive Chairman, TBExG. Several international and local speakers from within and outside the Tata group then took the stage to share their thoughts and experiences on various aspects of CI. Nanette Bulger, Global CEO, Strategy & Competitive Intelligence Professionals, spoke on integrated intelligence and its applications. Abhijit Mazumder, Head - Strategic Solutions, TCS, threw light on institutionalising CI globally at a very large, complex and geographically diverse organisation like TCS. This was followed by a session by Mani Vutha, Consultant to the Tata Group on IPRs, in which he explained how patent databases, copyrights, etc. can be a rich source of CI to get ahead of the game. Dr Al Saje, Manager - Future Business & Competitive Intelligence, JLR, explained how CI was used in strategic decision making at the company. Major General Neeraj Bali, SM (Retd) gave an ‘Army’ perspective on intelligence and how it relates to business with rich examples from real life incidents which all participants were able to relate to. The army session also brought alive the fact that many management disciplines like CI have originated from the Armed Forces.

In the last session of the day, Soumen Ray, CFO, Viacom18, gave his perspective on implementation of CI strategy in a highly competitive environment using some real life examples of how companies use the principles of ‘war games’ while planning competitive strategies. Most of the sessions were targeted at the practitioner’s perspective and hence were deeply rooted in practical implementation aspect of CI.

The participants of the conference also had an opportunity to understand the importance of CI at the Tata Group directly from Group Chairman Mr Mistry. This was followed up with questions to the Group Chairman along with Dr Kumar, which brought many interesting aspects of CI to the table.

This was a unique event based on a subject which is quite important for Tata companies, and drew a lot of interest and positive feedback from participants.