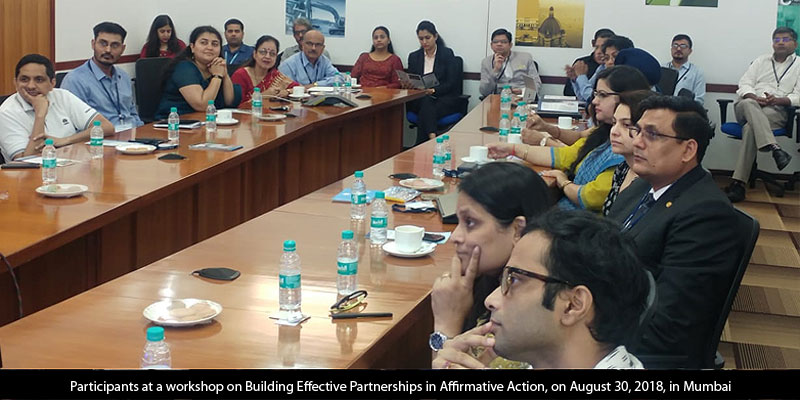 FAEA, a Delhi-based NGO, is governed by a dedicated team of socially concerned eminent educationists and professionals. It provides scholarships to meritorious and bright students from socially and economically disadvantaged sections of society, pursuing their professional degrees and believes in empowering them with excellence. Professor Mehta shared the genesis of FAEA, which started with a Rs 50-crore grant given by Fort Foundation, which was later backed by eminent leaders like Ratan Tata, Farhad Forbes, Gowher Rizwi, Adi Godrej, Dr JJ Irani and many more.

FAEA follows a rigorous process of selecting deserving students for the scholarships by using a ‘deprivation index’ developed by one of the FAEA scholars. The recipients of the scholarships are encouraged to access courses and institutes of their choices, be it IIT, MBBS, Aeronautical Engineering and so on. In the year 2018, FAEA sponsored 1900 students which took care of their college fees, maintenance fees (to reduce drop outs) and insurance. 250 students joined IIT and 350 took admissions in medical colleges.

Two of the students, Rohit Chand, M Tech, IIT Delhi; and Chinthala V.S. Rama Krishna, M Tech, IIT Kharagpur, who have been sponsored by the Tata group for their studies, shared their success stories.

Then, Supriya Singh, Head – CSR, Tata Communications shared the company’s process of partner selection, which was recognised as a good practice by the TAAP Jury for the year 2018.

During the workshop, the representatives of Tata companies expressed their willingness to move beyond just sponsorships and work for skilling students in soft skills to make them interview-ready and hire them as interns with the companies. They were also willing to provide mentorship to the students through employee volunteering programmes.

A core team of 3-4 managers is being formed to work with FAEA to implement all the suggestions made by them during the workshop.