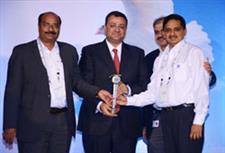 The sixth annual convention of the Tata Affirmative Action Programme (TAAP), held in Mumbai on May 6, 2016, witnessed the participation of Tata leaders including Group Chairman Cyrus P Mistry and senior management from various Tata companies. From all accounts, it was an event to cherish for all the participants.

The event began with the screening of a film on TAAP, ‘Tales of Deprivation’ by Vivek Talwar, Chief, Sustainability and Culture, Tata Power. The 13-minute captivating film gave an overview of the relevance of Affirmative Action (AA) in India, TAAP’s efforts to foster positive action and the steps required to build an inclusive society.

Ajay Kumar, advisor, Tata Business Excellence Group (TBExG), then provided an overview of TAAP, highlighting TAAP’s progress after the sixth round of external assessments. This was followed by the managing directors of three Tata companies sharing highlights of the AA journey at their respective companies.

First up, Sanjiv Paul, MD, Tata Metaliks, shared the company’s efforts to make a difference to the SC/ST communities in the villages around its unit in West Bengal’s Kharagpur area, which has resulted in the company’s score leaping by more than 250 points in the last two years! Next, Alok Chandra, Head, Corporate Sustainability, Rallis India, along with Veeramani Shankar, MD, Rallis India, (through video conferencing), spoke about the Jal Dhan programme which is enhancing the access and availability of water in villages in the Konkan, Vidarbha and Marathwada regions of Maharashtra. The session ended with Brotin Banerjee, MD and Chief Executive Officer, Tata Housing Development Company, on video, assisted by Dr Ashoka Mohanty, VP, Tata Housing, providing an account of the company’s impact assessment study of all its initiatives in corporate sustainability and affirmative action.

The discussion which followed was on ‘Understanding inequities due to discrimination and dislocation’ anchored by Biren Bhuta, Chief, Corporate Social Responsibility, Tata Steel; with Prof YB Satyanarayana, Dalit academician and author of the book My Father Baliah; and Yajman Madali Madiah, tribal leader from the Kadu Kuruba tribe of Karnataka. Prof Satyanarayana drew on his family’s story to provide perspectives on the discrimination faced by Dalits and how some from the community had succeeded in uplifting themselves through good education. Narrating from his personal experience, Mr Madiah shared the anguish of his community which had to suffer displacement twice due to development.

Next up was Bezwada Wilson from the Safai Karamchari Andolan, who spoke passionately about the continuing scourge of manual scavenging and of his organisation’s many epic battles to get the government and the Supreme Court to even accept the existence of this abomination. In a speech which moved all present, Mr Wilson, born into a family of manual scavengers, underlined that the scourge would not go away till it was accepted as a societal curse and not just a problem of his community.

A session on ‘Assessor’s Speak’ was arranged wherein assessors Ashok Singh and Priya Siqueira Mahapatra spoke about how the AA journey changed them for the better and narrated their experiences and insights gained during the assessments.

Dr NS Rajan, Chairman, Group Affirmative Action Forum, Group Chief Human Resources Officer and Member, Group Executive Council, Tata Sons, then took to the stage to reflect on the challenges ahead for TAAP. Providing the jury’s perspective, Dr Mashelkar, Head of the TAAP jury, spoke with his customary flair to commend the TAAP journey and urged the group to mark new frontiers and boundaries.

The award ceremony saw Ronen Sen and Vijay Singh, Directors, Tata Sons, and Dr Mukund Rajan and Nirmalya Kumar, Group Executive Council members, giving away recognitions for significant adoptions, good practices and the certificate of appreciations to the assessors. The Jury’s Awards, TAAP’s highest honour conferred to companies scoring more than 600 in the external assessment, was presented to Tata Steel and Tata Motors by Mr Mistry.

In his address to the audience, Mr Mistry drew attention to the plight of the poorest of the poor highlighted in the narratives during the course of the day and commended all those who had volunteered their services for a cause that attempts to make India’s promising story of growing prosperity into an inclusive story. He concluded by saying: “As we support the socially disadvantaged sections of the society and continually strive towards creating a more inclusive society, I look forward to seeing the impact of our AA initiatives panning out in an effective manner, living up to the standards of the founders of the Tata group.”

The convention also saw the release of the magazine AA Matters by S Padmanabhan, Executive Chairman, TBExG. The magazine showcases the affirmative action journey of Tata companies. The event concluded with a vote of thanks by NK Sharan, Vice President, TBExG.